Or was it really for me?

As the summer lags on and the clock seems to almost stop, a little project can break up the monotony.The Cat Cabin sounded like just the thing to keep me occupied for a couple of hours. Three weeks later, I’m finally satisfied and now it sits, in all its feline glory, behind our shed.I wanted to keep it simple with a few rows of “logs” for a frame with some plywood for the roof. I broke down the Toilet Teepee (don’t ask), and cleaned up and sawed the logs to size. Cutting the slots was by far, the worst part.How does one build a full-size cabin for God’s sake? 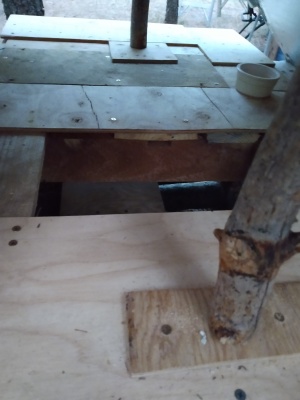 I used The Patriot (our electric chainsaw), to cut the grooves and began to stack. It took me a lot longer than I thought it would.Now it was time for the upper deck.I made a floor out of boards screwed onto a pallet which my husband helped me place on top of the logs. Next was the roof. I originally used a couple of pieces of insulation board but it looked tacky.It was around that point that I became obsessed with the details.I decided looks were imperative and I wanted rustic. I replaced the fake roof with real wood and installed decorative support beams. 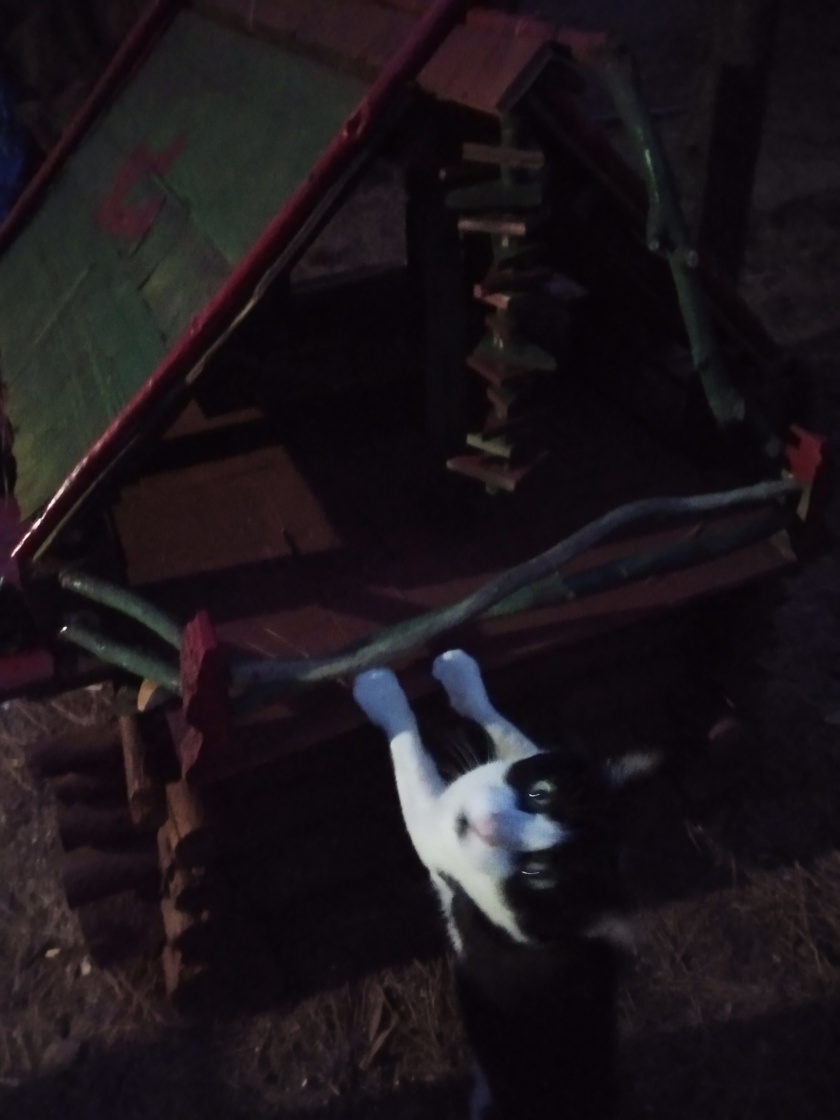 I hit the town woodpile again looking for matching pieces because now I had a color scheme: Lincoln Log green and brown. Six cans of paint later (with red added because the brown was out), the cabin was starting to look like – a cabin.I added a back deck with all-natural railings and a cat toy. The entrance now sported a driftwood figurehead of nothing in particular – it just looked cool. Painted pine cones were the finishing touch.Now I needed some cats. 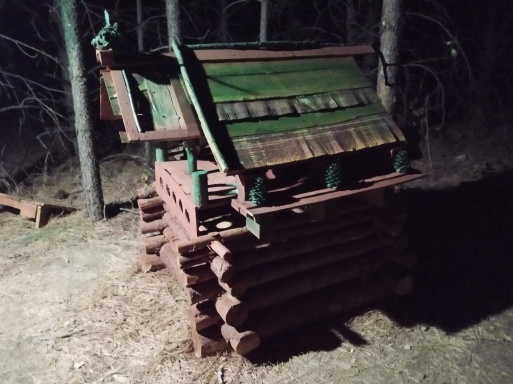 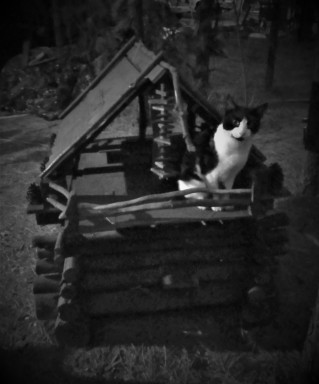 Tuna juice and the addition of an extra door finally got them in but by golly – they now have a Cat Cabin.Even the skunk likes it. Oh – I didn’t tell you about the skunk that’s moved into our shed?

4 thoughts on “Building A Cabin For The Cats”