Our near death experience on the road last night. 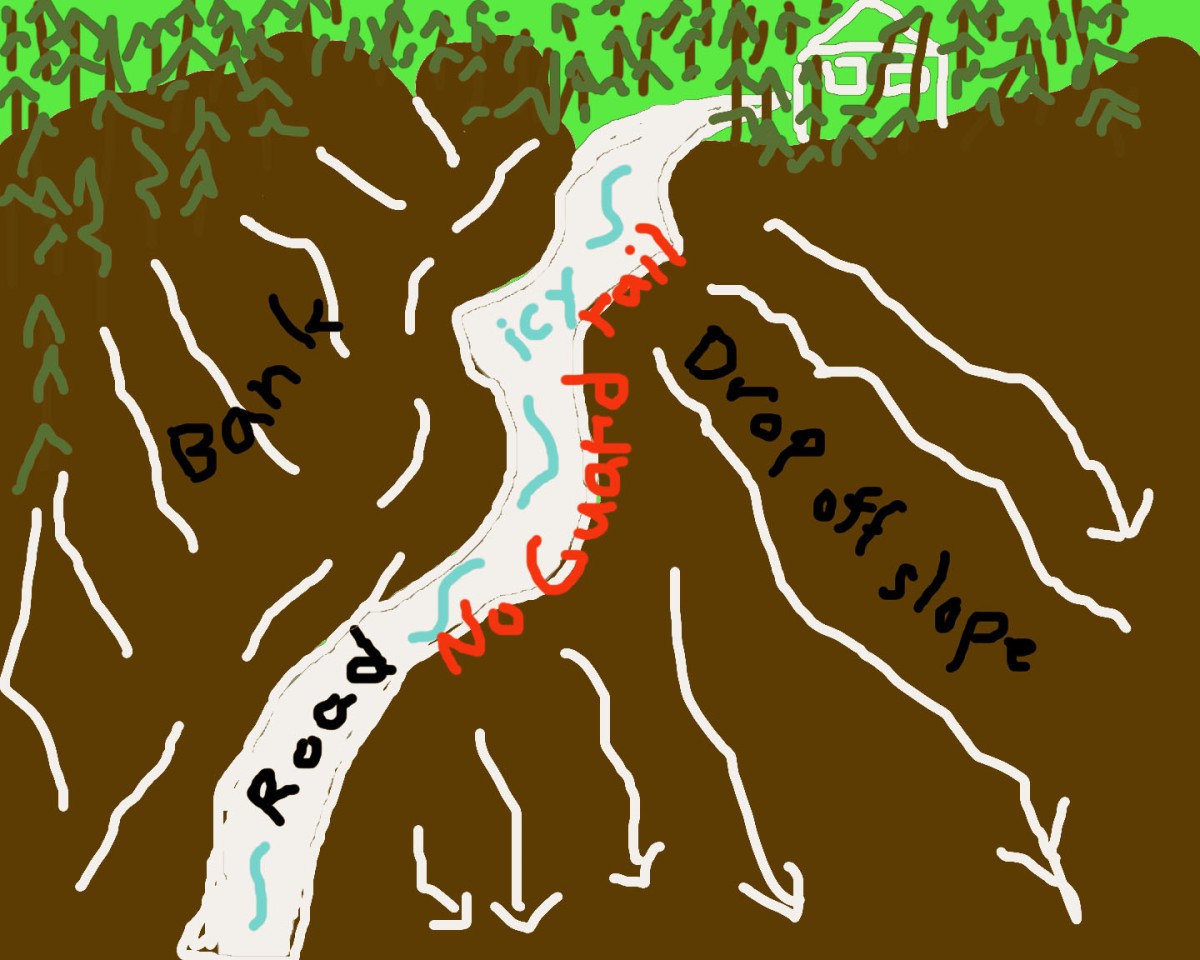 We had our first snow yesterday. We were sitting in our truck ready to go to town and there they were; the first few flakes of the year.

The county and city road clearing crews are, for the most part, prepared but some things you just can’t fix…or can you?

We were headed back from town at about 5:30pm last evening when we started up the main road that goes to our intersection. This section of road is part of a big loop and the side we were traversing was washed out completely about a year and a half ago. We had to go the long way around to get to our turn near the washed-out side.

It seemed like forever before the county cleaned up the mess left by the landslide and finished the repairs. We were so happy! After it was completed, I can’t tell you how many times we turned the wrong way to go the long way to town before we remembered “our side” was now open. The new route saved us about five miles one way.

The road is a fairly steep winding grade up the hillside with a very steep slope dropping off hundreds of feet to the side before ending at a creek. A few months ago, someone stole a vehicle and pushed it over the edge where it careened to the bottom, leaving it smashed in the front, it’s doors wide open. Imagine if someone had been inside? 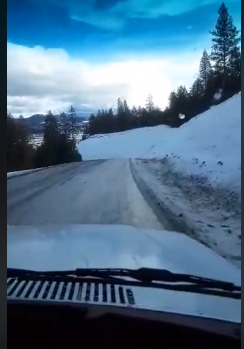 Yesterday, we drove up the road slowly and I cringed when I saw the ice ahead. Sure enough, as soon as we hit it, we began to slide.

I covered my eyes and my heart began to pound. My husband continued to maneuver the truck slowly up the grade but we lost traction one more time and started to slide toward the edge. I completely freaked out and just prayed we would stop before we went over.

It seemed like forever after we regained traction and slowly crept up the remaining length of the road to the top.

We’ll never go that way again until spring or until they put guard rails up.

Did I mention – there are no guardrails!

As we topped the hill, my husband pulled over to put the truck into four wheel drive for the trip up our driveway and we noticed another vehicle across the street pulled over with a woman outside of it. My husband told her what had happened then told me she had just had the same experience as us while driving up the hill.

When we got home, I called the city, not understanding it was a county matter. I wanted to warn someone right away of the treacherous condition of the road. Someone was bound to go over the edge sooner or later. I had my husband call 911 too as I was only able to leave a message.

I posted about our experience on Facebook and asked the question “Does anyone else think this road should have a guard rail?”. Apparently I’m not the only one who thinks so. The general sentiment was that the people wanted one but the engineer who designed the new road had left enough extra space in the shoulder on the drop-off side to negate the necessity of having a guard rail.

Insane. The so-called shoulder is nothing but a steep slope that is in no way safe to pull over onto under any conditions let alone stop you after you’ve lost control of your vehicle and are sliding towards the edge.

Someone will die on that road.

My son rides the school bus that way and I’m calling the school to warn them and urge them to change the route. In the meantime, we’re going to have to pick him up from school every day and give him a ride home.

I wrote the county an email also. My husband and I will not be going in that direction until something is done. I just hope the county takes this seriously and either closes the road or puts up a guard rail before it’s too late.

If we want to plunge down a slope at breakneck speed, we want to be on a sled.