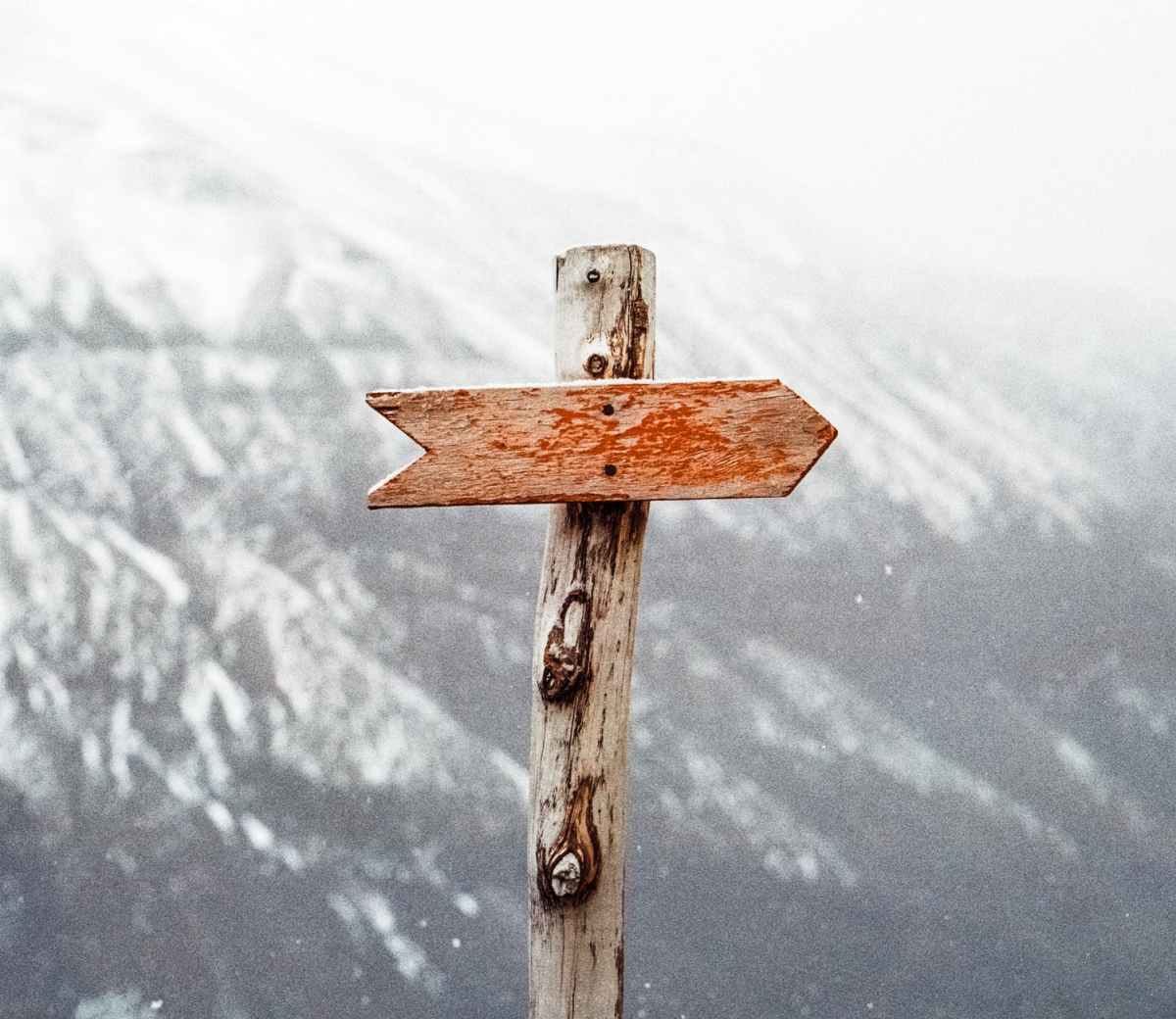 Twice in one day. Twice.

It wasn’t bad enough to get lost once. We did it twice…..in one day.

This happened before the move.

My husband and I love the outdoors but not so much that I want to spend an unplanned night there.

We used to go to Hanson Creek; a spot off Interstate 90 near Snoqualmie Pass, our old haunts. It’s known for it’s quartz crystals and is quite popular among amateur gem hunters. We’ve been many  times and this trip started like any other.

You take an exit off the interstate, drive three or so miles up a pretty precipitous forest service road and park along the road at the barricaded remnants of a dirt road. It’s about a mile and a half steady climb before you come to a clearing with a hillside made up of mainly reddish dirt on your right.

You start to see very steep trails going up and splitting along the way leading to numerous “digs”. Many go under trees, some very deep under trees where the crystals tend to lodge among the roots.

People take all sorts of excavating implements and sifters to do their mining. Sometimes they’re left behind for the next person to utilize.

We quickly set to digging and sifting. My husband almost always finds the best and biggest specimens but I found a ginormous one the last time we went that I made a necklace out of.

You move around on the hillside with your tools, sliding and trying to keep your footing while trying not to knock down rocks and debris that might go tumbling and injure someone below. You look for the “hot spots”. The more adventurous, or more foolish (as it turns out applied to us), climb way uphill beyond most of the quarries to seek new sites.

My husband and I left our backpacks at a spot on the hillside and decided to go farther up. Usually we keep an eye on the lower hillside to keep our bearings but this time we didn’t watch closely enough.

Sure enough, at one point, we looked downhill and couldn’t spot anything familiar. I started to get a little nervous and suggested we go back down. We turned around and headed downhill but still didn’t see anything we recognized. We continued on as I grew more and more concerned until we finally realized; we were lost.

What direction do you go when you lose your bearings? You just give it your best guess and conference about it. We started hiking and after an hour or so, it really dawned on me that we were in the woods not knowing where the hell we were; for real.

We hiked for hours, trying to listen for the interstate. We tried to walk towards the sound of traffic in the distance. I was hungry and thirsty. We had left all our stuff back on the hillside including our phones. Brilliant. We climbed down hillsides, over logs, through brush as I grew more and more weak. It’s amazing how little time it takes to miss food and water. And the fatigue.

I don’t know how much time had passed when we came to a juncture, a place we recognized. The Iron Horse Trail. I was so relieved! But we had to make a decision. Which way to go from there on the trail. I argued for right and my husband insisted on left.

Thank God I listened to him.

My way would have put about 5 miles between us and the Snoqualmie Tunnel; an old decommissioned train tunnel that went 2.2 miles under the pass. That would have made for about 7.2 miles before we emerged on the east side of the pass close to civilization. And the tunnel…I’ve been through there several times during the day and it’s nothing but 2.2 miles of complete and utter blackness. And cold.

Thank you husband for making the right decision!

We walked about a mile or two of the trail before we came to the trestle that spanned the forest service road that lead up to the parking area. Relief like no other. We descended to the road and walked the mile or two back to our car.

There’s nothing like seeing your vehicle after being lost all day. Nothing. We stopped and ate a cold can of spaghetti and meatballs but we still had to hike back up to the mining area and retrieve our backpacks.

It was getting close to dark though. We didn’t have much time.

We hoofed it back up the hill as fast as we could as the sun sunk towards the horizon. We had our car keys and all of the rest of our gear in those backpacks including our phones.

It was dusk as we approached the hillside and we hurriedly climbed up to where we’d left our backpacks. I quickly called our friends to let them know what had happened and where we were but it was getting dark fast. Too fast.

We set off down the hill again. We expected to intersect a trail that ended near the bottom of the hillside, but as we continued down, keeping sight of each other, we realized with horror that we must have overshot it.

Oh no. I couldn’t believe it as it dawned on me that we had managed to do it again.

We were lost; for the second time.

This time we quickly decided that we weren’t about to keep walking in the dark only to stumble over the edge of a cliff, not to mention moving farther and farther away from a landmark. We decided to stop, make a fire and call 911.

We hunkered down and proceeded to build a small fire to keep warm. Thank God we were at least somewhat  prepared in that we brought our cell phone chargers. That saved our asses. We recharged a phone and called 911. They told us to keep our phone on so they could triangulate our position and said to hold on while they sent out a party.

We just sat by our little fire and waited: me hungry and thirsty again. I think I was in shock too. Search and rescue called us a couple of times to let us know they were on their way. I couldn’t wait. We didn’t know where we were so we were surprised when we finally saw lights approaching from up the hill rather than down. Shows you how disoriented we were. Good thing we stayed put.

They came down the hillside like angels. Our saviors.

The rest of the events unfolded in a kind of fog for me. That’s what makes me think I was in a state of shock. They immediately gave us food and water and had a very reassuring demeanor. I don’t know how many there were of them. Maybe 10 or so; men and women.

They gave us head lamps, put us between them in a line and shepherded us up and out of our unplanned day out to hell. I was completely disoriented as we climbed hillsides and crawled over logs before we got to the main trail and even then the experience felt surreal.

We reached the main road and walked the trail going down to the parking area where they made sure we were in our car and pointed in the right direction before we bid farewell. We thanked them profusely before we headed home.

This is where it gets interesting. I was driving out to the interstate and gaining my sense of reality when I noticed that my pants were spit all the way down my rear all the way to my ankle. Nothing underneath. It was then that I realized with horror that on the journey out of there, climbing up hillsides and over trees, that my backside and privates were completely open for everyone to see! NOOOOOOOOOOOOOOOOO.

It was then that my husband told me that the rescuer behind me was privy to all of the  nature I had to offer. Inches from his face. As soon as my husband saw what was happening, he quickly inserted himself between the rescuer and myself for everyone’s sake.

We made it home without getting lost again and the next day, I looked up the unit that had rescued us and wrote another big thank you to them and apologized for the extra exposure they’d witnessed. I was so embarrassed.

Incidentally, my husband said the guy who was directly behind me chatted me up a storm on the walk back to the car.