Decoding the universe through marbles.

I believe some activities put the brain in a meditative state and when I go out to look for my lost slingshot balls, I often find myself in a sort of trance.

I think the universe or God or the Tao – take your pick – speaks to us in symbols so if I apply that to me looking for the balls, I come to a few conclusions:

They’re hidden but that doesn’t mean they don’t exist (or do they exist only when observed)? You can walk past one and not see it only to have it become visible when you turn around and look at it from a different angle.

What we see depends on our point of view. I believe that is a fundamental precept of the universe. 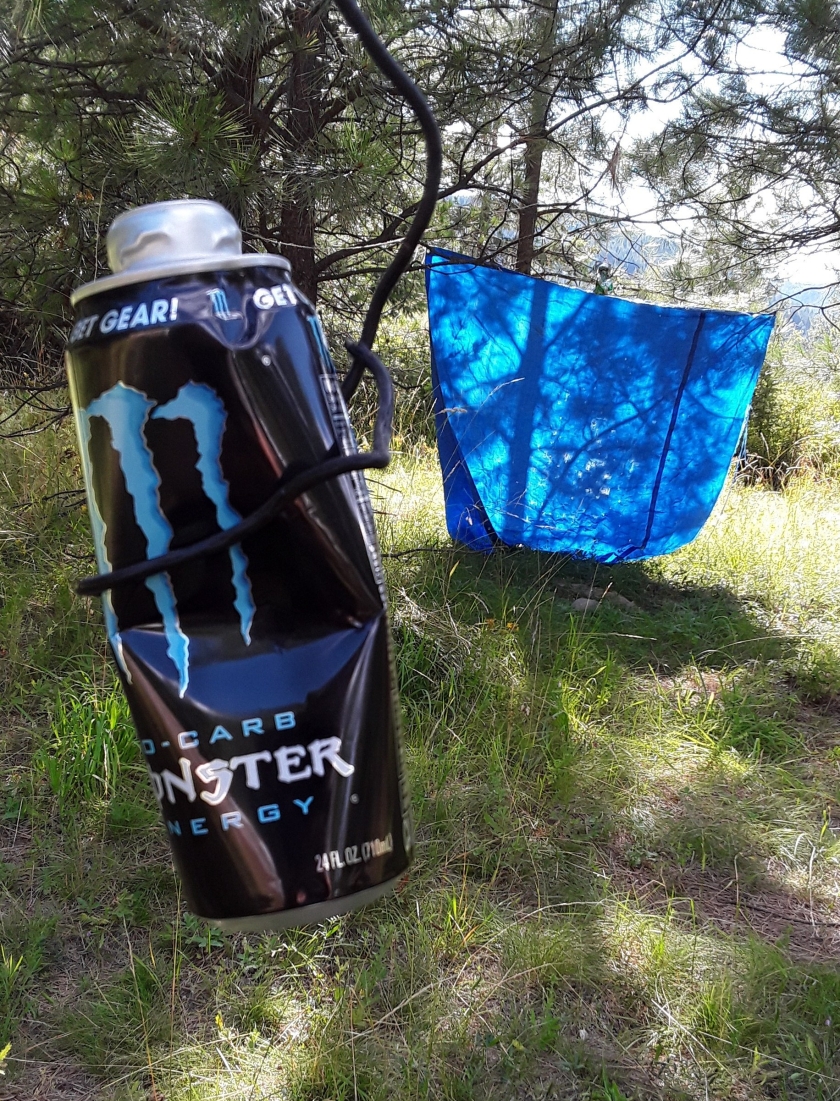 Is this force one thing viewed from an infinite number of perspectives? Has God created us to experience time and space through ourselves? Am I full of shit?

My daughter once said to me “if you want to know what’s going on in your subconscious, take a look around you”. That makes sense if we create what we think.

I believe everything already exists at the same time but we see only what we choose to see – like tuning the dial on a radio.

Looking for my slingshot balls helps me to access frequencies I don’t normally use, therefore, slingshotting must be Godly.  🙂

MacGyver would have been proud of my creation.

It was made of tarp, duct tape, and PVC pipe – the trifecta of any standard backwoods apparatus.  Every time a ball fell into the funnel at the bottom of the back drop, it would roll with a tickety-tick as it made its way down the plastic conduit I’d repurposed for the job and emerge at my feet. No more looking for lost balls.

The Sling Shot Ball Return System is my time-saving invention.

I took up sling shot this summer after my husband spotted a Yellow Jacket nest in a tree on our property. We took potshots at it with a BB gun but the tiny little holes we were making were doing only a marginal job at destroying the nest.

I wanted something a little more effective so I grabbed the slingshot I’d bought for my son a year earlier.

I took a shot and missed by a mile but I got a little better over the next few weeks. I made it a habit to take a few shots each day and after the brittle rubber band broke, I upgraded to the ten-dollar model from Walmart.

The balls I bought were quickly disappearing into the bushes and pine needles on the ground. In the hundreds, they would disappear within a day or two. With no backdrop, I’d have to rummage through the bushes, crawl under trees and roam about for a half hour only to recover about a third of them each time.

At that rate of return my numbers dwindled quickly so one morning I had an idea.

I envisioned a ball return system.

We had about two-hundred feet of PVC pipe left over from our original internet installation so I grabbed about five or so twelve-foot lengths for my project.

My first design involved using a huge cardboard box I ripped apart as a backdrop but the balls bounced off of it like it was made of rubber.

Next was tarp. We have plenty of that.  It had the “give” to absorb the impact. I hung one up  from two trees then taped a funnel into the bottom so the balls would drop in and role down the tube. Much better.

It actually worked although it required constant tweaking. Pine needles kept clogging it and the rocks I decided to shoot into it didn’t help.

My husband, who generally sleeps in later than me, emerged from the RV the morning I made my invention and shambled over to where I had set everything up. He eyeballed the remains of the mangled box and my creation and mumbled  “how long have you been up?”