If we could just get it up the driveway. 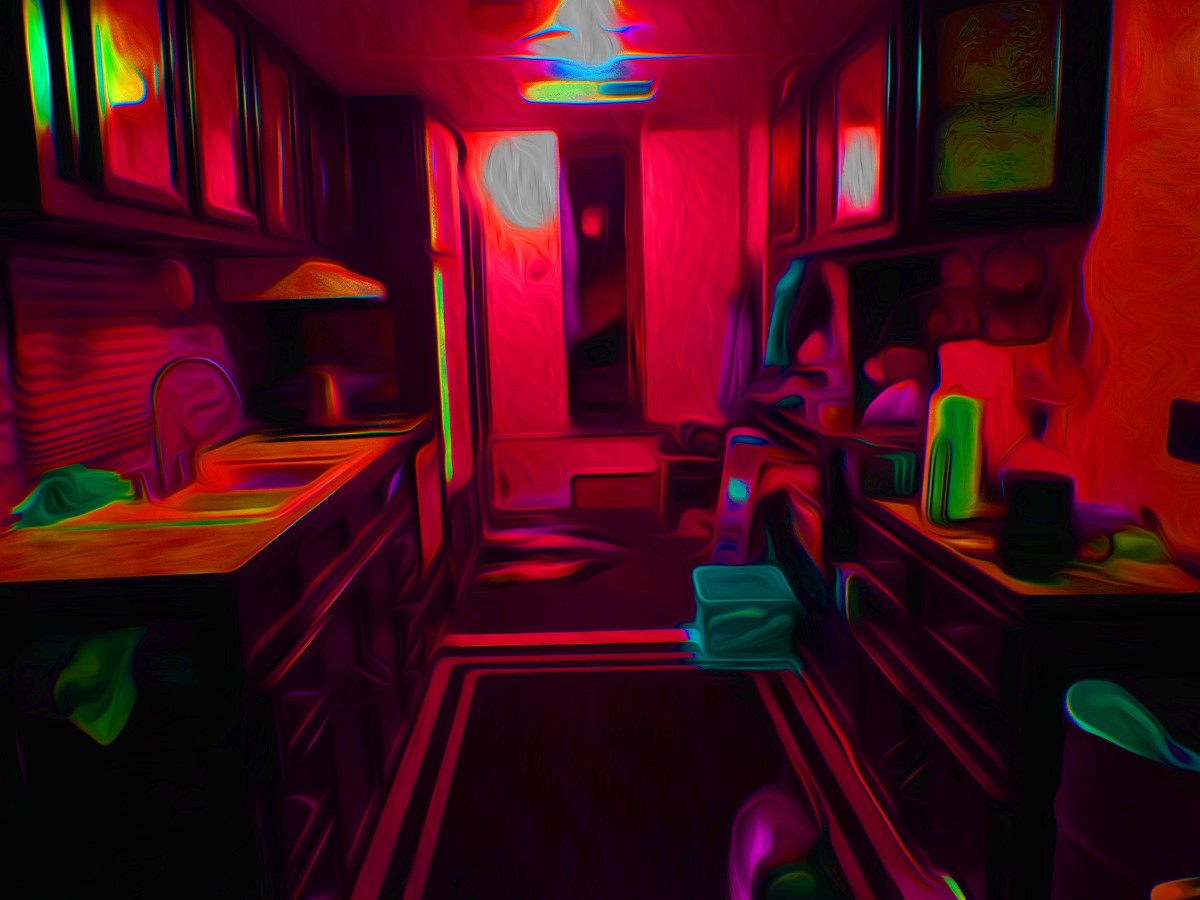 We had to get out of the little camping trailer we’d been packed into for over a year.

Early on, we had an opportunity to build a house but the project was effectively scrapped because a grouchy neighbor didn’t want to grant us a short utility easement across a tiny section of their land they never used.

With our plans on hold until Plan B came through, we decided on a larger RV. We scanned Craigslist for something that would withstand the winter better than the little Jayco and had more room.

An older model Royal Voyager fifth wheel caught our eyes. It had been completely remodeled and the interior was of better quality. It had been modified to hook up to regular utilities.

At first this seemed like a bonus but we soon realized we would have to undo a lot of what had been done so we could use it like a camper again.

Our truck didn’t have a fifth wheel hitch adapter so we paid a guy to bring our new home to us. We were worried it wouldn’t fit going around a sharp corner coming up to our property so we measured the opening and sent a diagram with measurements to the driver.

He skillfully maneuvered the forty-foot box on wheels around the corners, almost missing all of the tree branches. As it was, we had to cut several down that were overhanging the road to prevent losing parts of the RV along the way although I think we lost a porch light.

We dug ruts into the higher points of the uneven ground in preparation for parking but it took a couple of weeks to get the fifth wheel leveled properly.

Excited that our new home was finally here, I headed to the kitchen sink and turned it on –  nothing came out. We inspected the entire trailer looking for the pump – nothing. We eventually discovered it had been removed altogether because of the remodel. We installed a new one.

The water heater was electric and practically killed the generator when the heating elements would kick on. Forget using solar power with it. We replaced it with a gas water heater Two Idiots, A Water Heater and a Hero.

The propane fridge to replace the electric one is on it’s way. It’s a quarter the size of the one we have but brand-new full-size models were over 1,200.00. Used propane fridges aren’t easy to find. We’ll be putting the small one we bought into the small trailer and moving the one from small trailer to ours.

A couple of trips to Walmart for missing furnishings completed the package. A dish drainer, towels, silverware and a push vacuum, among other things, filled in the blanks to make our home cozy and ready to use.

It was time to enjoy our new-found spaciousness and as I turned out the lights to go to bed, I wondered what we would have done if the driver hadn’t been able to get the house around that corner.

2 thoughts on “Our Home On Wheels”